The Depths of Time Cover Reveal

And now the moment we’ve been waiting for… 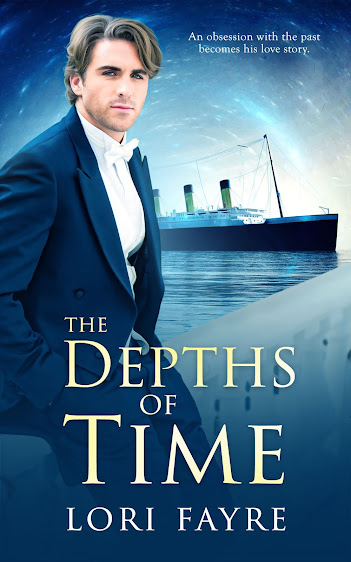 The team over at Pride Publishing really outdid themselves with this one!

It’s surreal seeing this cover, knowing that this book is about to be released to the world. I never dreamed that I would be here, sharing something so important and special to me. I know I harped on about it in a previous post, but for those who weren’t there, I’ll say it again. Titanic is a subject near and dear to my heart. I’ve been obsessed with the ship and the tragedy for as long as I can remember (and the movie is my all-time favorite, the best ever made!) and have always wanted to tell a version of the story that was completely my own.

I did my best to get this one right and include characters you wouldn’t expect (and some you would).

Obsessed with Titanic from a young age, Lucas Thompson has spent his life studying the shipwreck and turning his passion into a career in marine archeology. But, on the one hundred year anniversary of the voyage, he’s drawn to the ship’s resting place by a strange sonar ripple that hurtles him back in time. Luke wakes in the year 1912 as a passenger on the grandest ship in the world.

It’s there that he meets Quinton Hawthorne, the man who sacrificed himself to save passengers during the sinking, including Luke’s great-grandmother. He also comes face-to-face with Lucinda Hughes, the very woman who raised him on her stories of the ship. With his inside knowledge of the impending disaster, Luke feels a responsibility to save everyone and develops a plan to save the doomed ship.

Things quickly fall apart as Luke begins to fall for Quinton, knowing that it can only end in heartbreak. Though he’s determined to save Quinton, he’s also faced with a dilemma – should he save the ship or allow destiny to play out on its own?

I couldn’t be prouder to have this book out there for you all to read and I hope you all fall in love with Quinton and Luke the way that I have! I’m going to be doing a lot of fun promo for this book, some live events and such, that I hope to see you attend, so keep an eye out for those dates. Thank you all for reading!

The Depths of Time will be available for preorder on July 27th and general release will be September 7th.

Email ThisBlogThis!Share to TwitterShare to FacebookShare to Pinterest
Labels: Cover Reveal, The Depths of Time

Hello, lovelies. This is a hard blog post to write and one that I’ve been thinking about for some time. In case you haven’t noticed, I am officially stopping MillWordY. For now.

When I first started, it was exciting. The prospect of somehow writing one million words in a year was an achievement that I wanted to claim. It progressed and I realized I would have to do a half MillWordY – disappointing, but not impossible, I thought.

But here’s what I’ve learned: Life doesn’t care about what you want to achieve. Life will get in the way and throw struggles at you until you’re sobbing because you haven’t had sleep in a week and you’re starting to hallucinate.

I’m going to keep writing, but I’m also going to make time for my family and friends and drawing and reading. I myself cannot handle the pressures that come with participating in MillWordY. This is me being very real with you all. And it is so difficult to post something like this that makes it seem like I give up easily.

In the future, I would love to give this another try. One day, when I’m more capable of handling it. As of this time, I’m not mentally or creatively where I need to be to do such a daunting challenge. I hope I haven’t disappointed anyone who was doing this challenge along with me.

And for those of you still trying for a million words, keep going! I’m here to cheer you on and I want each and every one of you to succeed! Let me know if you’re still going, where you’re at, and what it means to you. Everyone experiences this differently. I know one of my personal friends participating and she is blowing it out of the water!

Until next time, lovelies, keep writing.

Where have I been this time? Oh, just THROWN FOR A LOOP, THAT’S WHERE! Seriously, if you could see the things I've been working on, you would be overwhelmed. And, fear not! For I am here to share it all with you! Well, not all, but most.

To start, I am writing the third book in the Unexpected Mergers series. Not a big deal, I’ve known what it would be from the beginning, I know what will happen, I just need to write it. But, add that to the other stuff, and it seems a little scarier than it is.

The Depths of Time has been announced for September this year! Yay! I love this book, it’s the one that I want to share the most, the one that has a deep meaning to me and tells a story that I think is important. Cool, right?

Well, I got my schedule for the second book in Unexpected Mergers (let’s call it Home for now). Home is set to release a couple of months after Depths, putting them on a similar editing and promotion schedule. The events are going to be cramped and you’re going to get tired of hearing from me in the near future.

Now, I’m not saying this to complain by any means. I’m excited for the challenge ahead and the planning that comes with it. It’s the sort of pressure I thrive under! Yes, it was scary when I first realized but I think I’ve gotten used to the idea.

No, the reason I’m telling you is because I want you to join me! I have a lot of events, some giveaways and freebies planned and I want you to be a part of it all! I’m working out the schedule, but rest assured you’ll be notified of everything as long as your following me on social media. It’ll be hectic and you might only be into one of the books, but please bear with me while I figure this out.

More information on Home and The Depths of Time will be coming your way soon!

Until next time, lovelies,

The Depths of Time Cover Reveal

And now the moment we’ve been waiting for… The team over at Pride Publishing really outdid themselves with this one!  It’s surreal seeing ... 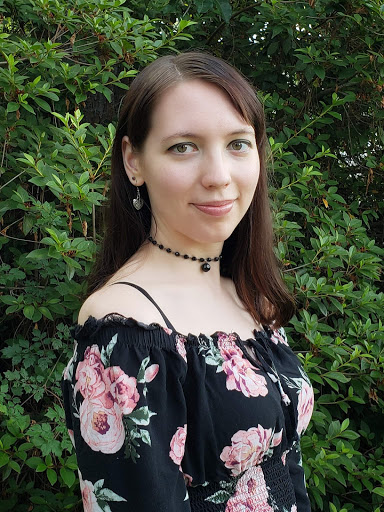 My name is Lori and I write romance. My latest novel, The Alexander Proposal, is out now! Click the picture to visit my author page!

Click the image to get your copy of The Alexander Proposal!

Progress Report on my Novels